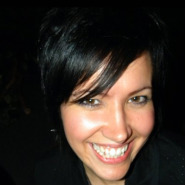 Connie Budzak is currently one the co-leaders of the Worship Community at Friends Langley Vineyard. She has been involved in leading worship for over a decade and loves to see the Holy Spirit move in the Church.

As a twenty-something year old, she got her start as a backing vocalist for Heather Clark and then, after four years, moved on and became the lead vocalist for her own band, She Says Electric. Connie plays both the electric and acoustic guitar as well as the piano. She has written many songs both of the worship and of the “every-day-life” varieties.

As a worship leader Connie believes in the participation of the whole Body of Christ. Whether in singing, dancing, clapping, raising of hands or in prayer and words of encouragement; she loves to support the Bride of Christ in being all that She can be. 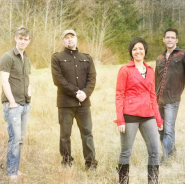 is an indie rock band from the Lower Mainland of British Columbia,Canada. These four friends, (Connie Budzak, Ben Atkinson, Ken Budzak, and Derek Usher) true artists at heart, devote themselves to creative songwriting with lyrical integrity and raw masterful melodies.

Far beyond a crafted performance, an authentic captivating experience is truly encountered as She Says Electric combines spirit, soul and song, creating moments for listeners to connect with something larger than themselves. 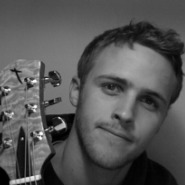